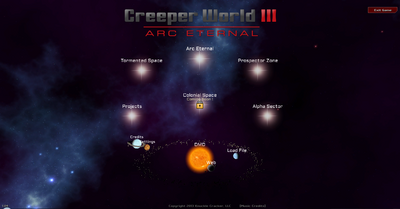 'For billions of years, empires rose to greatness. Each fell to the Creeper till none remained. Now all hope appears lost. Who will stand against the Creeper? Experience this extreme and massive expansion of the Creeper World franchise. Nothing will ever be the same… Massive maps, custom units scripting, terraforming, Gravatars? Can you handle the challenge?'