Custom maps can range from simple to very complex. The map maker can change or create the terrain, Choose specific map textures, overlay terrain with images and more. Additionally, there can be custom units on the map, both as enemy units and as player units. Player units can further be either pre-built or can be assigned to a build slot so the player decide when, where and if they get used in completing the mission. 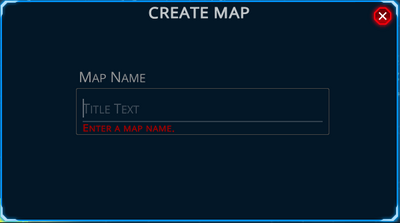 Please note that if you plan to upload a map to the community, the name should not be offensive in any way. 2)

New maps can be created in one of two ways: 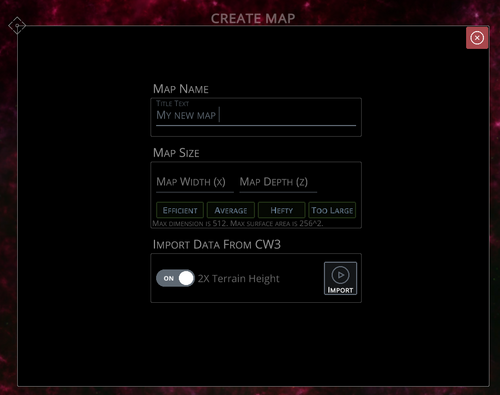 The map will now open, almost like any playable map, with the notable exception of the small, green “Editor” button in the lower right corner.

Once you click this button the Mission Editor pane will open. Now you can edit the terrain, add various features and then you are ready to test and play your map! 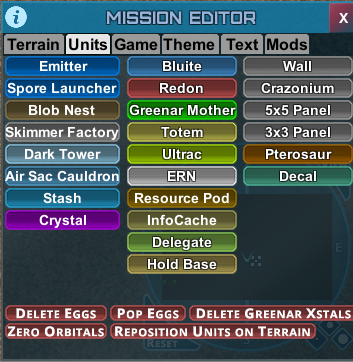 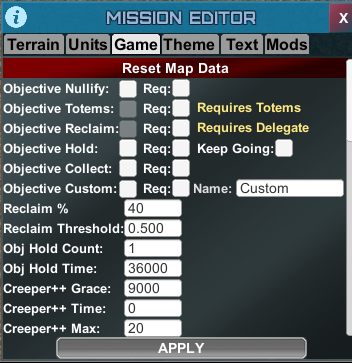 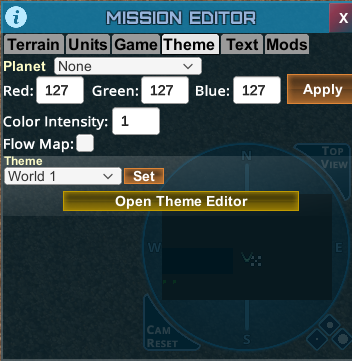 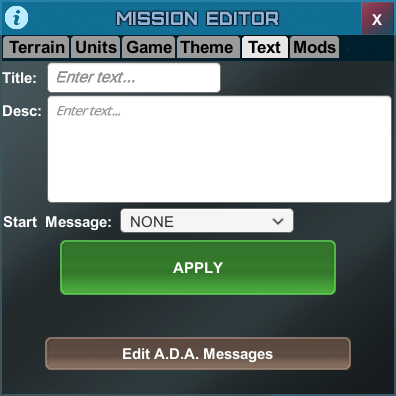 See Unit Editor or Scripting for an in-depth treatment of Custom units and Scripting.

For more information, click on any of the above tabs.

The map editor also has several key bindings specific to mapmaking. You see them by hovering over the

button at the top left of the editor pane. 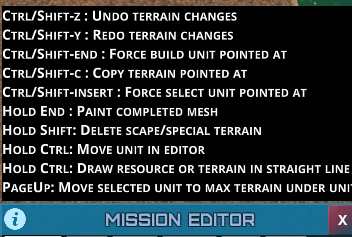 All decisions regarding maps, images and associated content is solely the decision of Knuckle Cracker LLC. No decision creates a precedent for subsequent decisions and any decision made may be reversed subsequently.

The aim is to provide maps that are fun to play and suitable for all audiences without being offensive to the majority of the player audience.

Do not use images that you do not have the right to use. If the image(s) require credit, make sure the credit is provided.

Prepare yourself for a shock. In 3D games, the map coordinates are stranger than you may think. 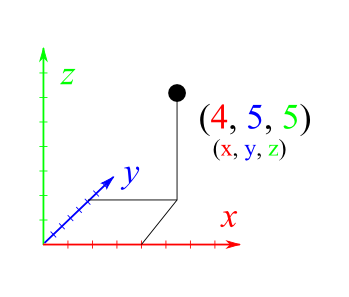 Here is a good resource: 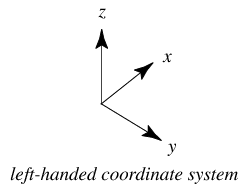 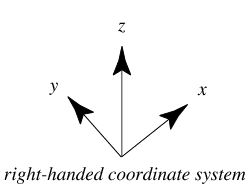 Giuseppe Portelli wrote a series of articles about coordinate systems comparison between Autodesk 3ds Max, Unity 3D and Unreal Engine. If you are familiar with any of those other systems, then this may be the comparison you need.

this section should probably move to the section for custom units, since it is material to animating components of a unit

Bear in mind that movement is always *along the axis, while rotation is *around* the axis.

For instance, for an propeller airplane to move in a specific direction the coordinate for that direction would have to change. At the same time, the rotational vector for the propeller movement would also change around the same axis.

Many coordinate APIs (commands) in the the game has an option to specify local vs world coordinates.

World Coordinates are immutable and always arae references from the map origin at (0,0,0) - in the lower, left corner.

Here is a write-up of all rich text formatting allowed in the A.D.A text editor. It is a more-or-less direct copy of http://digitalnativestudios.com/textmeshpro/docs/rich-text/

1)
The map name will be the name of a folder in the editor subdirectory under the game directory
2)
This goes for all community content and all community content are subject to removal at the absolute discretion of Knuckle Cracker, LLC. or their designated agents. Community-submitted map are also subject to removal if they are reported by a sufficiently large number of other members.
cw4/custom_maps.txt · Last modified: 2021/02/19 20:54 by Karsten75